Meeting in Kampala, African Youth Call for Ease of Movements within the Continent 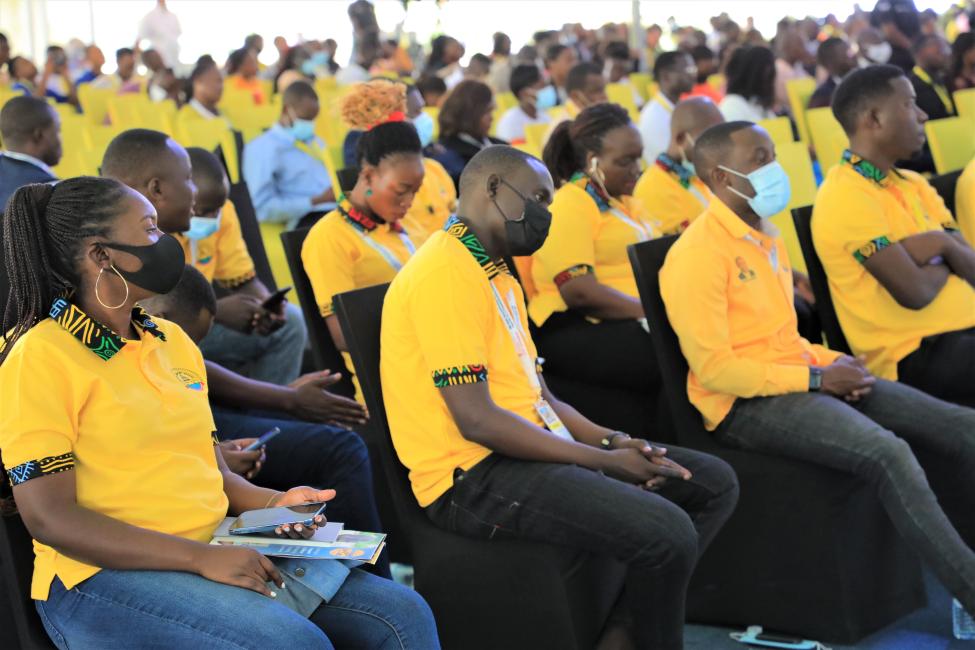 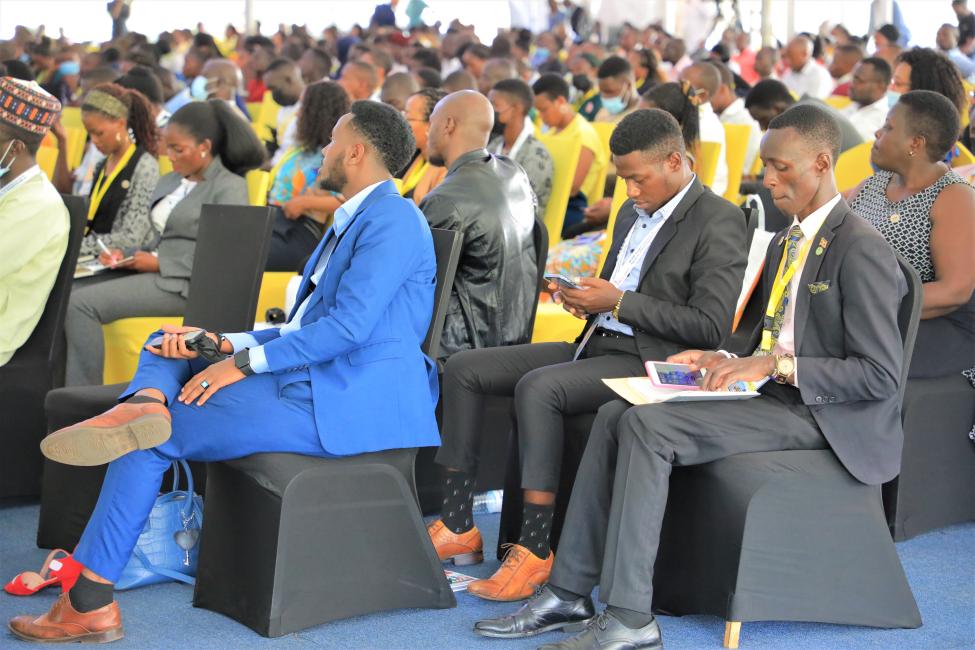 Kampala – Youth representatives from Africa have called on African governments to facilitate the easy movement of people within the continent saying this will drive continental integration and economic development.

They made this call at the Third African Peer Review Mechanism (APRM) Youth Symposium in Kampala, Uganda (06/07) during which they discussed the drivers of migration within the continent.

The International Organization for Migration (IOM) organized a panel discussion for youth leaders from Egypt, South Sudan, Lesotho, Ghana and Nigeria to share regional perspectives on the triggers of migration in Africa, the importance of free movement on the continent, combatting trafficking in persons, and alleviating forced movements caused by climate change.

The meeting was part of a symposium organized by the Government of Uganda in collaboration with the APRM Secretariat, the African Union Commission (AUC) Youth Division, IOM, Youth for Tax Justice Network and the European Union, that brought hundreds of delegates from across Africa and beyond to discuss the participation of young people in development.

“Africa is a continent rich in natural resources but most of the people on the move due to conflict and unrest, in search of labour markets and economic opportunities or a good education are young people, especially now due to with the difficulties brought about by COVID-19,” said Sarah Badr, Egypt Spokesperson for the World Youth Forum and Regional Focal Point for the United Nations Major Group for Children and Youth (UN MGCY) Migration Working Group in the Middle East and North Africa.

The attendees shared, among other issues, the progress achieved in establishing a framework that facilitates mobility and that protects refugees and vulnerable migrants in Uganda, and good practices in engaging the diaspora as an investment and development partner in Kenya.

The panel demanded greater space for young people to influence policies that impact their lives such as the ongoing implementation of the AU African Continental Free Trade Area (AfCFTA) and the 2018 AU Protocol on Free Movement of Persons, Right of Residence and Right of Establishment, which has received only four of the fifteen-country ratifications needed to operationalize it.

Jemima Idinoba, Research Officer with IOM Ethiopia explained that the organization is working with the African Union Commission and other partners, including the APRM, to encourage Member States to adopt policies that harness migration for economic development saying they were working to partner with youth ambassadors across the continent to help advocate for the adoption of free movement of persons laws by governments.

In remarks following the meeting, Professor Eddy Maloka, Chief Executive Officer of the APRM, commended the youth for taking time to reflect on challenges related to mobility and ease of movement. These particularly included excessive visa restrictions, challenges in securing employment in other African countries and Afrophobia, among others, which affect Africa’s youth.

He added that it is against this backdrop that the APRM, together with the IOM and partners, is committed to supporting all efforts behind the realization of governance policies geared towards achieving the free movement of persons in accordance with the laws and procedures of Member States.

IOM's support to the event was generously funded by the U.S. Department of State Bureau of Population, Refugees, and Migration (PRM).