Over 800,000 Ethiopians migrated abroad in the past 5 years - Labour Migration Survey Finds 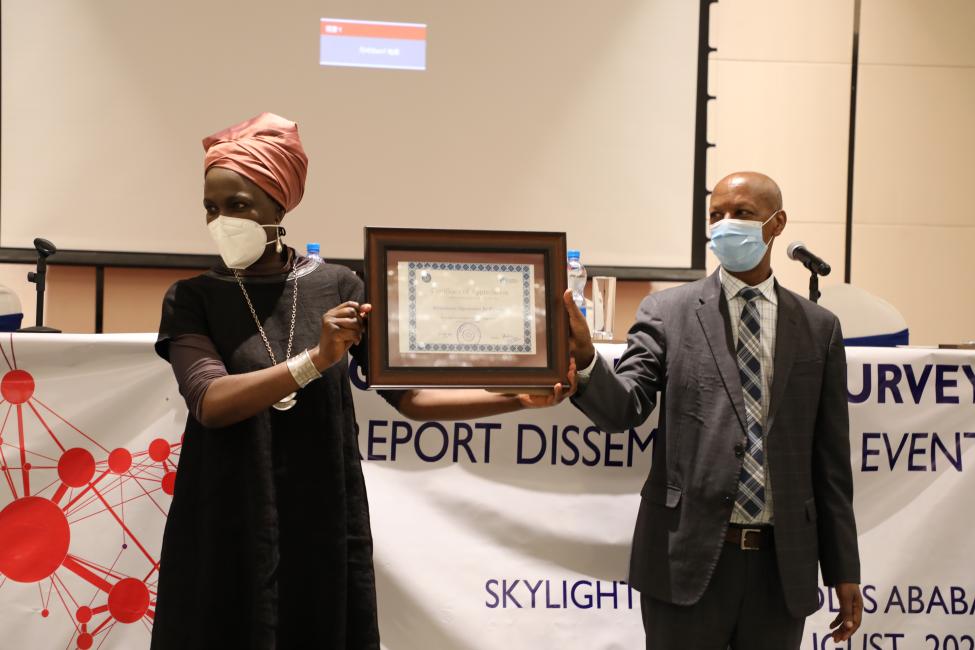 Addis Ababa- The International Organization for Migration, IOM, together with Ethiopia’s Central Statistical Agency (CSA) this week launched the 2021 Labour Force and Migration Survey report, the first to include employment data on Ethiopian migrants.

Whilst CSA has periodically reported on employment data within the country since 1999, for the first time the agency shared information on employment trends of Ethiopian international migrants and statistics on missing migrants.

“The objective of the survey is to provide up-to-date information on the national labour force, [including] employment and unemployment and internal and international migration. Our main focus and collective efforts are to generate user relevant quality data for policy formulation, monitoring, and evaluation of national and global programmes, and to support evidence-based decision making,” said CSA Director General Mr. Biratu Yigezu.

As the second most populous country on the continent, with 65 per cent making up the economically active labour force, or those able to participate in the production of goods and services, considerable movement occurs within and beyond Ethiopia’s borders as people search for better opportunities.

The survey further relayed that a greater proportion of women migrants (62%) returned to Ethiopia versus their male (38%) counterparts.

An estimated 839,000 Ethiopians migrated abroad in the past five years, with 78 per cent aged between 15 and 29 years. Close to 31 per cent of these migrants travelled to the Kingdom of Saudi Arabia while South Africa, United Arab Emirates, United States, and Yemen, were popular destinations.

As movement from Ethiopia to the Gulf countries is largely irregular, Ethiopian migrants often experience great perils and are exposed to a wide range of risks on these migration journeys.

The survey found that close to 51,000 migrants are missing, a majority of whom are men (85%), with many more believed to have perished or gone missing on the way to their destination country using dangerous land and sea routes.

In her keynote speech, Ms. Maureen Achieng, IOM Chief of Mission to Ethiopia and Representative to the African Union and UNECA said, “Grasping the scale and nature of the complexities shaping mobility in Ethiopia is an urgent priority considering the need for safe, orderly, and well-governed migration. The evidence for policymaking that originates from rigorous analysis and research on migration is the primary source and starting point for migration policymakers. Migration practitioners, students, scholars, and the public, need this data to understand migration in all its complexity.”

On his part, Mr. Alexander Skommer, Deputy Ambassador to Ethiopia of the Royal Danish Government said, “Quality data is key for any kind of governance or management and indeed in terms of managing migration. In this complex environment, we underscore the need for improving data and improving the knowledge on migration and irregular migration and strengthening coordination between government agencies to inform policy decisions of political leaders on how to best manage these challenges.”

The survey found that internal migrants in the country make up 17 per cent of the population, the majority who are women who migrate from rural to urban regions. Women continue to face higher rates of unemployment since the first survey was conducted 20 years ago.

At the event, the Central Statistical Agency awarded IOM a Certificate of Appreciation for the organization’s role in supporting migration statistics in Ethiopia. The survey was led by CSA with technical support from IOM, and funding from the Government of Denmark.