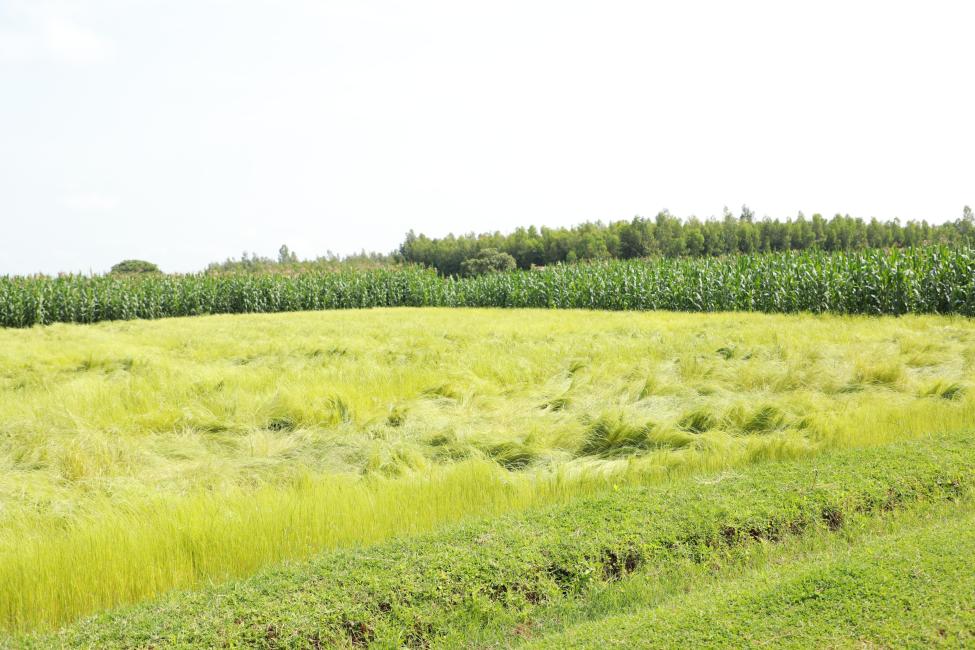 Cairo - 9 September 2022. Ahead of COP 27, which is set to be held in November in Egypt this year, the International Organization for Migration (IOM)’s Deputy Director General for Management and Reform, Ms. Amy Pope, has called on world leaders, civil society, private sectors, governmental and non-governmental organizations for urgent unified efforts to put in place measures to adapt to climate change.

“Climate change is a very real phenomenon across the world and there is more that we must do together,” said Ms. Amy Pope in a video message.  “At IOM, we believe that states must come together to put in place measures to adapt to climate change. We must work with the whole-of-society and to secure finance for life-saving response to climate change in order that communities, who are most at risk, stand a chance and build resilience to respond to what is happening.”

Ms. Pope, headed an IOM delegation, held several high-level government meetings in Egypt to discuss cooperation with the government of Egypt ahead of COP27. This included meetings with Ambassador Ehab Badawi, Assistant Minister for Multilateral Affairs and International Security in the Ministry of Foreign Affairs, and Her Excellency Soha Gendi, Minister of State for Emigration and Egyptian Expatriates' Affairs. She equally met with the Dean of the African Group in Egypt.

The IOM delegation then attended a three-day International Cooperation Forum (ICF) and meeting of African Ministers of Finance and Environment, which was held in the New Administrative Capital in Cairo. On 8 September, Ms. Amy Pope, participated in discussion panels in two workshops. First, “A Green Economy-Ready Labor Market”, which discussed the way forward for development cooperation to ensure the workforce receives the adequate vocational training and education to match the required skills necessary to cope with green transition. Ms. Amy Pope emphasized the importance of inclusive green transition, taking into account people who will move, people on the move and people who stay. The second, “Private Sector Engagement in Climate Adaptation Projects”, which explored ways of attracting and mobilizing more funds from the private sector, especially in the fields of wastewater management, desalination plants, as main areas of the climate adaptation process. Ms. Amy Pope introduced IOM’s on-going initiative in engaging with the private sector to increase the use of solar power across South Sudan and highlighted the importance of mobilizing diaspora investments for climate finance.

Ms. Pope had also the opportunity to engage with many African delegations and representatives of multilateral development Banks to discuss the African position ahead of COP27 and adaptation measures to forced displacement in Africa.

“If world leaders fail to meet the climate finance commitments, we will continue to see disastrous impact and tens and thousands of people facing risk of food scarcity, loss of livelihoods, displacement due to disasters – especially in Africa. If we want no one to be left behind, we need to act now,” added Ms. Pope.

IOM calls for increased support for climate change adaptation action, measures, and resources to avert and minimize displacement, when and where it is still possible, and strengthen people’s resilience. In addition, IOM encourages strengthened support to those countries and people vulnerable to climate change impacts, facilitating their access to significantly scale up sustainable and predictable finance for adaptation. Moreover, it is key for enhanced and inclusive mobilization of the whole-of-society, associating public and private partners, civil society, women, youth, indigenous people, migrants, displaced persons and affected communities.